Peers and Venus bow out with a Finals loss

The trans-Tasman pairing of Australian John Peers and New Zealander Michael Venus bowed out of the doubles tournament at the ATP Finals with another loss.

The trans-Tasman pairing, seeded sixth, needed a straight sets win to keep their faint hopes alive after losing their first two matches but it had always looked a long shot against the in-form top seeds Mate Pavic and Bruno Soares.

Instead, Pavic and Soares increased their chances of reaching the semi-finals on Friday with a 6-7 (7-2) 6-3 10-8 win in 89 minutes over the Oceanian duo.

Pavic and Soares won 83 per cent of first-serve points to end Group Bob Bryan with a 2-1 record but the US Open champions had to wait until the evening session to find out if they had qualified for the last four at The O2.

Peers and Venus gave themselves a glimmer of hope when they came back from 5-3 down to win the opening set, with Venus saving four set points with powerful serving.

Pavic and Soares hit back to win the second set and effectively end the sixth seeds' hopes.

In the Match Tie-break, Pavic and Soares rallied from 5-7 to win five of the next six points.

Despite their 0-3 record in London, Peers and Venus could look back on a great season, having won three trophies in Dubai, Hamburg and Antwerp. 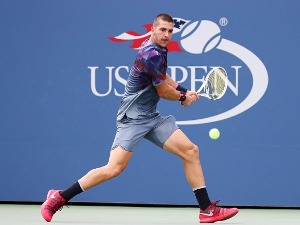