Perth Glory defender Osama Malik is set for another frustrating stint on the sidelines after dislocating his shoulder in a friendly match last week.

Malik was restricted to just 11 games last season due to a serious hamstring injury, and his recent shoulder setback has sidelined the 30-year-old once again.

Glory are still deciding the best way to treat the injury, and are getting further advice on whether it requires surgery.

Even if it does require surgery, there's a chance Malik could return in a few weeks and play out the season before going under the knife.

"We are just waiting to see what type of rehab he needs for that. It might be a few weeks out.

"But it's also one of those that might be sooner rather than later, and possibly surgery in the off-season."

The pair will miss the early part of the season given they have to complete two weeks of quarantine once they arrive in Australia.

Glory's campaign kicks off at home against Adelaide on January 20.

Garcia said Ota and Langkamp would provide vital experience to a squad that boasts plenty of youth.

"We've got two experienced guys coming in that will definitely add to the young squad we've got and provide another set of mature guys to a bunch of young, aspiring footballers," Garcia said.

"The quality and experience (Langkamp) has got from playing in the Bundesliga - he'll be a welcome addition to the already thriving defence that we've got so far." 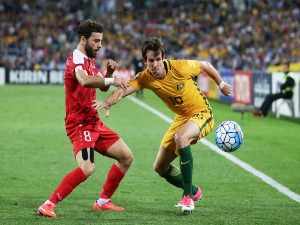