De Minaur ready to fire up for Australia

Baseline warrior Alex de Minaur is relishing the chance to lead Australia into battle at the Davis Cup Finals in Turin.

Lleyton Hewitt is tipping Alex de Minaur to fire up and burst out of his late-season funk when he pulls on the green and gold to lead Australia into battle at the Davis Cup Finals in Turin.

De Minaur has endured a rough end to the regular season, slumping from a career-high 15th in the rankings in June to world No.34 after contracting COVID-19 and being forced to withdraw from the Tokyo Olympics.

But no player since Hewitt himself has risen to the occasion of representing Australia quite like de Minaur.

The baseline terrier piloted Australia to the 2019 Davis Cup Finals with twin victories over top-15 stars David Goffin and Denis Shapovalov before backing up with another mighty run at the inaugural ATP Cup a month later.

In front of his home crowd in Sydney, de Minaur did a second number on Shapovalov and also conquered then-world No.7 Alexander Zverev - the winner of last week's season-ending showpiece in Turin - before pushing the great Rafael Nadal to three sets in the semi-finals.

"It's a huge honour and I'm very proud to be representing my country," de Minaur said ahead of Australia's opening tie against Croatia on Friday morning AEDT.

"A win in Davis Cup is a next-to-none feeling, a feeling you can't describe, to be able to lead your country into battle and hopefully get those wins,"

"That's why you get your best wins and your worst losses at Davis Cup. Those are the ones that you really feel the most."

Hewitt has no doubt de Minaur will again lead the way when he teams with John Millman, Alexei Popyrin, Alex Bolt and doubles ace John Peers for the group stages in Europe.

"I've always had a lot of belief in Alex and what he can do," the Australian captain said.

"What he did in (the Davis Cup finals in) Madrid two years ago, I'm sure he's going to have some of those memories come back.

"It was some unbelievable tennis - the best tennis I've ever seen him play - and I wouldn't be surprised if he performs at that level again this week.

"I certainly know he can and I think deep down he knows it as well and I expect to see him play very well."

Millman and Popyrin are battling it out for the second singles spot against the Marin Cilic-led Croatians, with Peers to partner either de Minaur, Millman, Popyrin or Alex Bolt in the potentially decisive doubles rubber.

Emerging star Rinky Hijikata, a 20-year-old with four ITF titles under his belt this season, is also in Turin as a hitting partner for the team.

And while the skipper wouldn't quite declare him an "orange boy", Hewitt's son Cruz - the winner of this year's Australian under-12 claycourt title - is also receiving a taste of Davis Cup.

"He's just picking up a lot of balls," Hewitt said.

"He loves it and loves hanging around. He's fortunate that he's got good role models, especially Alex and a guy like Johnny Millman how he goes about his tennis and training.

"It's important for any young Australian players to aspire and see how those guys train and the discipline that comes with it and they treat him extremely well, which is nice." 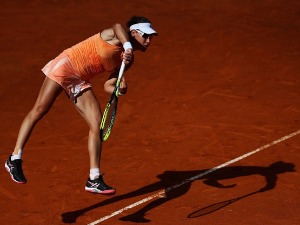 Tennis
Updated 9 months ago
Stosur: It could be my last Aussie Open
Aussies in Davis Cup rematch with Hungary
Open vaccine stance no blackmail: Pakula
De Minaur ready to roar back in Melbourne
Australia out of Davis Cup despite win
Millman in shock Davis Cup Finals loss
Soul of the Davis Cup being sold: Hewitt
Hewitt's men battered 3-0 in the Davis Cup
ATP Cup back in Sydney on bumper program
De Minaur ready to fire up for Australia