The Timeform Handicappers at Racing and Sports have dissected Saturday’s Group One features at Randwick.

Few races in Australia – indeed the world – have taken quite as much winning as the Chipping Norton in recent times. That, of course, is in large part down to the race being a regular stop on the Winx Express – the great mare having won the race four times.

Two of those four wins returned high class ratings. 132 in 2018 and 129 in 2019 and they were followed up by a barnstorming 126 from Te Akau Shark last year when he was able to fend off Verry Elleegant, the mare who replaced Winx as the Queen on Chris Waller's yard.

Waller has won the Chipping Norton eight times, including those four from Winx, and Verry Elleegant is favoured in early betting to hand him number nine.

Timeform ratings hand Waller and Verry Elleegant the edge with a peak rating of 123 but that came over further. Her ratings over a mile read 110-120-111.

Verry Elleegant won the ATC Oaks in 2019 and since then she has gone on to establish herself as the best mare in the country, her achievements highlighted by success in the Caulfield Cup.

Colette  followed in her footsteps by winning the Oaks 2020 and she may just keep on that path and take over as the best mare in the land.

Her fresh win in the Apollo Stakes, where she showed high quality acceleration to beat five of her eight Chipping Norton rivals including Verry Elleegant , hinted at her being back better than ever for an autumn campaign that trainer James Cummings has spent the past 12 months telling us would be her coming of age.

So far so good on that prediction. The Apollo, the traditional lead up which has produced 14 of the past 20 winners of the Chipping Norton, saw Colette produce a new career peak Timeform rating of 119 and she produced it in a manner that suggested there was more to come.

Rain around Randwick does no harm to the two mares at the top of the betting, both Colette and Verry Elleegant have thrived in wet conditions, and it gives them the added bonus of putting the slows on the third pick in the betting – Kolding.

Kolding  won the George Main over the Randwick mile in the spring and his two runs this time in suggest that he is going just as well this time around.

His Chipping Norton problem is twofold. While Kolding has raced well on soft tracks, including in the Apollo last time, his peaks efforts such as the George Main win have come on quick ground and he would fancy himself a better horse when he can hear his hooves rattle.

His second problem is that talented as he may be, he doesn't have the ratings to match the mares who get 2kgs from him here, even if he does produce his very best.

Soft ground is a blessing for Avilius, another that has won a George Main around here, but since then he has become a frustration. Negative tactics have done him few favours but ultimately, he hasn't won since that 2019 George Main and punters patience must be wearing thin.

He did run a screamer when fourth in this race last year having been left with too much to do, and ran well alongside Kolding in the Hill Stakes back in the spring, but those good runs have been mixed with some plain ones and he can be seen as no more than a fringe player for now.

A capacity field is set to face the starter in this Saturday's Group 1 Surround Stakes with more than half the field coming through the Light Fingers Stakes.

The Mark Newnham trained Every Rose  proved the victor there, though second placegetter Never Talk  creates plenty of interest on Saturday.

Thrown right in the deep end, the daughter of No Nay Never  was the run of the race and clearly appreciated getting back onto a wet track.

In her first attempt beyond 1100m, she returned a new career peak and gives the impression she will have no concerns with the step up to 1400m.

Saturday's event is far from a vintage renewal, rated 103+ by Timeform she is trending the right way and should prove hard to hold out.

A Timeform rating of 115 has been the average winning figure for the last five years, though this year is expected to fall below that.

A winner of five of her eight starts, Never Talk has made big jumps this preparation and while it is never easy to keep raising the bar, she appears well suited on Saturday.

The Team Snowden trained Dame Giselle is not at home on a wet track, but is open to good improvement second up and you have to respect her class.

She loomed up to win first up, but just failed to finish it off when fourth behind Rocketing By.

Dame Giselle is unbeaten second up (3/3) and is unbeaten at her sole attempt at the trip.

Rated 113 by Timeform, if able to run up to that figure, she is sure to make her presence felt.

The David Payne trained Montefilia will be better over further, but will have no concerns with the wet-track and should be strong late.

Rated 114 by Timeform, she is reportedly on an Oaks path and this is far from her Grand Final, though she has a fair edge on best form and if close enough, she can certainly get into the finish.

Of the rest the Anthony and Sam Freedman trained La Mexicana has to come into calculations bringing different form from Victoria.

Rated 106 by Timeform, she is unbeaten this preparation and did a good job to win the Kevin Hayes Stakes last start.

Loses Jamie Kah, but Tom Marquand legs aboard for the first time and she should be able to take up a prominent position from the middle draw.

Proven to handle all conditions and should be in this for a long way. 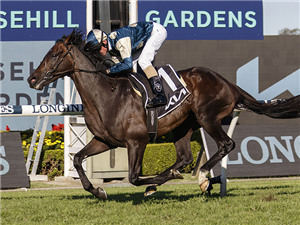