The Gold Coast isn't about things that last. It lives in the moment. A home to expensive cheap thrills; fast money and short memories.

It is also home to the Magic Millions.

The Magic Millions 2yo Classic is the first really big money race of the two-year-old season and an important pivot point. In 2022 it was won by Coolangatta - a horse with a Gold Coast name and a Gold Coast attitude.

The 109-rated Coolangatta is all here and now. First one in the water, first one to the bar. If she had thumbs she probably would have thrown a shaka crossing the line on Saturday where a repeat of her Gimcrack-winning 109 was enough to see her win for the third time this season and sure up her place at the top of the two-year-old leaderboard. But things change from here.

The Classic winner held top billing on the back of Magic Millions weekend last year as well. That was the 110-rated Shaquero. Shaquero ran to the mark again, winning the Pago Pago, but he didn't improve and had fallen out of the top ten by season's end.

In 2020, despite defeat on the Gold Coast, Farnan held top spot at this point and he was able to remain there, but he shared top spot in mid-January with Cellsabeel; a no-show after March.

The year prior - Tassort and Dubious. And before that, Performer...

Things change from here and they change quickly.

The month that follows the Magic Millions is typically season-shaping. Six horses ran to Coolangatta's 109 or better in that month-long window last season: 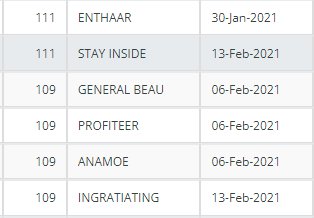 Big names. And it is par for the course. The year prior the three fastest winners in the month following the Millions were Hanseatic, Rothfire and Prague; a hot trio in a poor crop. Another 12 months back and it was Castelvecchio, Lyre and Microphone. All Group One winners by season's end.

The races are about to get harder - better - faster - stronger.

But that is not to say that these harder, better, faster and stronger horses will be unknown; many we will have already seen. Racing unlocks talent. Daft Punk were right: "Work it harder, make it better. Do it faster, makes us stronger."

Our speed figure recap of the juveniles from last spring - which you can read here - featured four (Ingratiating - Anamoe - Enthaar - General Beau) of the six from our list above.

"Many of those that will be in the reckoning for top two-year-old honours by the end of the campaign are surely yet to be seen, but history, that beast that never repeats but often rhymes, tells us that many will have already stepped out right under our noses.

What makes the early two-year-old season so interesting is a relative lack of information.

Apart from when it doesn't, more data leads to better answers. Inference from collatoral formlines becomes a formidable task when faced with few, if any, formlines from which to infer, leaving the handicapper to arrive at ratings with wide error margins - not that the handicapper would ever tell you this for fear of giving up the ghost of intrinsic genius.

We can widen the net via race standards - which are very useful - but we still want more points of reference to touch on in order to increase our confidence in the point estimate that we call a rating.

This is where speed figures come in. Speed figures forge a relationship between all the times at a meeting and give the handicapper a wider range of reference points. For early two-year-olds these are perhaps the most important points of reference.

No race is ever won (outside of the steward's room) by a horse that didn't run the fastest time on the day. So winning is a function of running fast, and therefore a look at those that have run fast must be a reasonable guide to future winners."

So which two-year-olds have posted the fastest speed figures in the first six months of this season? Glad you asked:

Albert Einstein said: "The past is dead. The future is uncertain. Present is all you have."

Coolangatta is the present. She is the Gold Coast. She's all on show and the show is fast and fabulous. But this list is loaded with uncertain future (Philosopher and Jewellery, who chased him at Caulfield of most immediate interest).

Being fast now is a good pointer to being fast in the future but the scene is about to change - and fast. 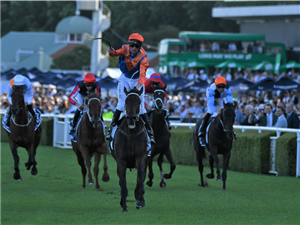