The Masters concluded at Ascot on Saturday with the Neville Parnham trained Kay Cee continuing the great record of 3YOs when reigning supreme in the Group 1 Kingston Town Classic.

The seventh three-year-old to win the Kingston Town in the last 20 years, Kay Cee took full advantage of the inside draw and stamped herself the best filly in WA.

Sticking to the inside like glue, Kay Cee began well and tracked the speed in fifth.

With the majority fanning wide coming into the straight, Kay Cee got a dream run along the fence and set out after the leader Gailo Chop.

Although he gave a good kick, Kay Cee displayed a sharp turn of foot to quickly loom up to Gailo Chop inside the 100m.

Driven out to the line, she asserted her authority late to score by half a length with the James Cummings trained Best Of Days finishing third.

A daughter of Playing God, it was a real family affair with Neville Parnham having trained Playing God to win the Kingston Town back-to-back in 2010 and 2011, with his son Steven Parnham aboard both times.

Playing God was notably Steven Parnham's first success at the elite level, thus it was only fitting that Steven was aboard Kay Cee when she notched up Playing God's Group 1 success as a sire.

Although not rated in the same ballpark as last year's winner Arcadia Queen, Kay Cee's effort reads fairly well historically and in her first attempt beyond a mile, she returned a clear new career peak.

Rated 104 by Timeform in the lead up, Kay Cee returned a Timeform rating of 113 on Saturday, right in line with 2015 winner and fellow 3YO filly Perfect Reflection.

At the half way point of the season the Chris Waller trained Funstar currently leads the charge to be crowned Champion 3YO Filly rated 117+.

Loving Gaby sits second rated 116, while Libertini is hot on their heels in third rated 115.

The second filly to beat the older horses at weight-for-age this season (Loving Gaby - Manikato Stakes), Kay Cee's rating of 113 sees her equal fourth in the pecking order along with Anaheed, California Zimbol, Miami Bound and Flit.

At this stage it appears a more than above average crop.*

*I've been let down many a time by a host of star Spring 3YOs, we eagerly await to see who takes that next step in the Autumn. 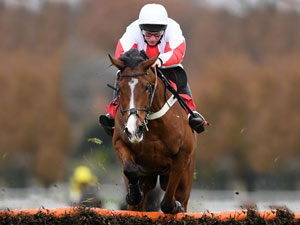