The Coral-Eclipse is often billed as the first big clash of the generations.

However that brief proved rather wide of the mark at Sandown last weekend, with only Telecaster of the three-year-olds taking on the challenge of trying to beat his elders. In the event, Hughie Morrison's charge fell well short of the mark, trailing in seventh of the eight runners, and the way was left clear for Enable to extend her winning sequence to 10, making light of an eight-month absence in typically imperious fashion.

'The Generation Game' steps up a gear this week, though, as we head to Newmarket and the July Festival, with the five-day entries for the most prestigious race at the meeting – Saturday's July Cup – featuring a much healthier three-year-old representation. Indeed, that group make up six of the 15-strong field at this stage, and recent history would certainly encourage their supporters, with members of the classic generation having won three of the last four renewals, including the Charlie Hills-trained Muhaarar in 2015.

Muhaarar had won the Commonwealth Cup at Royal Ascot on his previous start, and the three-year-old who heads the market for the latest renewal of this race, Advertise , will be attempting to complete the same double on Saturday, having bounced back from a disappointing effort in the 2000 Guineas with a decisive success at the Royal meeting.

Advertise was a smart two-year-old last season, with his wins including the July Stakes at this meeting, and he proved better than ever when getting back to winning ways at Ascot (by a length and a half from Forever In Dreams) last time, always travelling sweetly in the first-time blinkers and ultimately well on top at the finish. The visual impression he created that day was backed up by the clock, and he appeals as a likely sort to make his presence felt against older rivals this summer.

Whether Ten Sovereigns can do the same is now open to some debate, with Aidan O'Brien's charge having failed to meet market expectations when only fourth in the Commonwealth Cup, two and a quarter lengths behind Advertise at the line.

Unbeaten in three juvenile starts, including a Group 1 win in the Middle Park Stakes, Ten Sovereigns had shaped as if needing to come back in trip when fifth on his return in the 2000 Guineas, and it didn't appear to be the conditions that beat him at Ascot, instead just looking a bit flat on the day. There's still plenty of time for him to make up into a high-class sprinter, but Jash didn't do much for the Middle Park form in the Commonwealth Cup, either, and the percentage call is that he won't be quite able to realise the high hopes held for him at the start of the campaign.

Along with the outsider All The Kings Men, O'Brien could also be represented by a pair of three-year-old fillies in the shape of Fairyland and So Perfect.

The former is another who won at the highest level as a two-year-old – when beating So Perfect (third) and Pretty Pollyanna  (fourth) in the Cheveley Park Stakes – and she coped with the drop back from a mile to five furlongs surprisingly well when fifth (three lengths behind Blue Point) in the King's Stand Stakes at Royal Ascot last time. That was at least as good a performance in terms of ratings as her Cheveley Park win, and the chances are that she can do better again back at six furlongs.

So Perfect won the Lacken Stakes at Naas in May, and possibly found the test too much when sixth in the seven-furlong Jersey Stakes at Royal Ascot last time. The drop back in trip will be in her favour here, a comment that also applies to Pretty Pollyanna. She was Timeform's highest rated two-year-old filly of 2018 – by virtue of her win in the Duchess of Cambridge Stakes at this meeting – and the return to sprinting looks a wise move, with her stamina having appeared stretched in two starts over a mile so far this term.

The pick of the older horses looks to be Dream of Dreams, who represents the Sir Michael Stoute yard that last won this race with Ajdal 32 years ago. Dream of Dreams has made a fine start to this season and proved better than ever when a head second to Blue Point in the Diamond Jubilee Stakes at Royal Ascot last time, all but overhauling the winner in a race where much more patient tactics than usual showed him to maximum advantage (strong gallop). That form leaves him 3 lb clear of the field on weight-adjusted ratings here, and he cannot be ruled out if arriving in the same sort of mood.

Limato also features prominently on ratings, despite no longer being able to reproduce the high-class form that saw him win this race in 2016. He stepped up on his reappearance when winning the seven-furlong Criterion Stakes (by a neck from Glorious Journey, who was in receipt of 5 lb) here last time, and it would be no surprise to see him hit the frame again given his excellent course record. Indeed, he also finished second in this race in 2017, and arrives here in much better form than when down the field 12 months ago.

Another regular in this race is Brando, who was third behind Harry Angel and Limato in 2017, before improving one place on that finishing position behind U S Navy Flag last season. He proved at least as good as ever when getting back to winning ways in a red-hot minor event at Hamilton (by a length and three quarters from Donjuan Triumphant) last time, and shouldn't be underestimated now back up in grade – there would certainly be no more deserving winner.

Cape Byron, on the other hand, will be having not only his first start at the highest level on Saturday, but also just his second start over six furlongs, having done most of his racing to date over longer trips. He looked a natural sprinter when winning the Wokingham Stakes at Royal Ascot last time, however, adding to his win in the seven-furlong Victoria Cup on his reappearance.

His Wokingham performance – winning from a BHA mark of 107 with a bit in hand – would have seen him place in the preceding Diamond Jubilee, and, completely unexposed in this sphere, he is a fascinating contender now stepping up markedly in grade.

Speak In Colours, who won a listed race at the Curragh last time, and Singapore raider Lim's Cruiser finished fourth and eighth, respectively, in the Diamond Jubilee, and both have plenty to find to play a more prominent role here, while similar comments apply to Major Jumbo. Consistent though he is, his limitations have been rather exposed in pattern company this season, and this represents comfortably his stiffest task to date.

Dream of Dreams sets the standard on the form of his second at Royal Ascot, but he might have been flattered to finish as close as he did to Blue Point on that occasion, given how the race developed, and similarly patient tactics might not work out so well over six furlongs that typically take around four seconds less to complete than at Ascot.

As a result, it could be worth taking him on with the three-year-old Advertise. These conditions are clearly not an issue for him, as he showed when winning the July Stakes at this meeting 12 months ago, and the manner of his Commonwealth Cup success suggested that he has the potential to be a major force in this division, representing the age group that has dominated this race in recent years. The veterans Brando and Limato look best of the rest.

Back Advertise at 3/1 in Saturday's July Cup at Newmarket 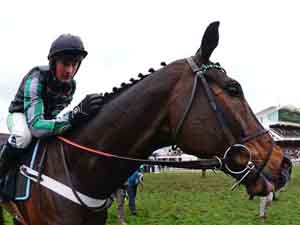