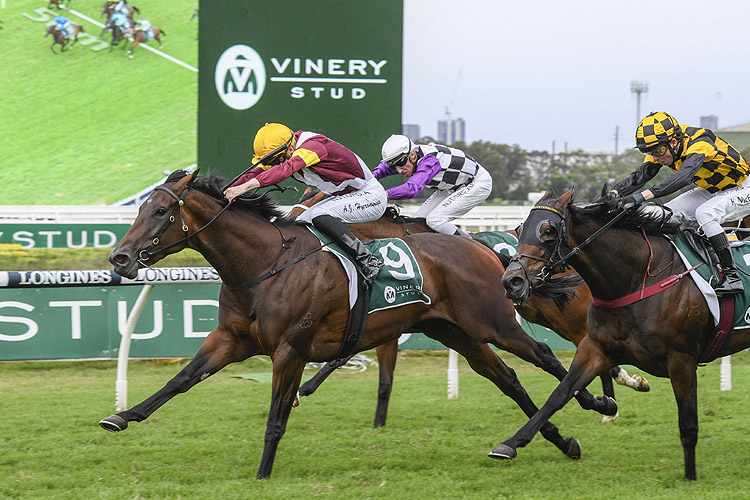 Days after Inglis announced its prestigious Easter Yearling Sale would be conducted online, Arrowfield Stud has made the decision to withdraw its draft.

NSW jockeys to be split into three regions

NSW jockeys will be split into three regions while interstate participants will not be allowed to enter the state's racecourses until further notice.

A day of contrasts for prominent Kiwi owners

Circumstances can change in the blink of an eye in the racing game and never was that more evident than in Sydney on Saturday for siblings John, Mark and Rachael Carter.

Castelvecchio back in business in Guineas

A positive ride from Craig Williams has helped deliver Castelvecchio another Group One win in the Rosehill Guineas.

What you need to know about the Group One $600,000 Rosehill Guineas run at Rosehill.

NZ Derby winner to step out at Rosehill

New Zealand Derby winner Sherwood Forest will be out to add another staying feature when he makes his Australian debut in the Rosehill Guineas.

It’s really been one way traffic in the 2020 Rosehill Guineas at Rosehill on Saturday.

Jockeys and trainers are adhering to new biosecurity measures and making necessary adjustments as the racing industry navigates the corona virus outbreak.

Litt colt set to be king of the Castel

Castelvecchio is tracking to reassert his position as Australia's best middle-distance three-year-old when he returns to his favoured distance at Rosehill.

The G1 winners lead the Tips and Race Preview for the 2020 Rosehill Guineas at Rosehill on Saturday.