The Sir Rupert Clarke Stakes is a Group 1 race run under handicap conditions for open class horses at Caulfield conducted by the Melbourne Racing Club.
The Sir Rupert Clarke Stakes is run over 1400m. It was first run in 1951 and was won by Jovial Lad.
The Sir Rupert Clarke Stakes used to be known as the Invitation Stakes but has had numerous name changes until settling on the current name who was former chairman of the Victorian Amateur Turf Club.
It has been at 1400m since inception.
Previously run on Show Day Holiday which was a Thursday, it is now on feature weekends. After being on Underwood Stakes day recently, it is now run a week earlier.
The Sir Rupert Clarke Stakes was a Principal Race until graded at Group 1 in 1979.
St Joel won the race three times but all of them three years apart twice.
Only mare to win since Response in 2010 was Sierra Sue in 2021.
Three year olds had a great run 20 years ago but none since Exceed And Excel.
Santa Ana Lane recorded his initial G1 victory last year and backed it up later in the season in the Goodwood and Stradbroke Handicaps and then won the VRC Sprint Classic the following Spring.
Godolphin's international arm had a plan to bring some quality horses to campaign in Australia in 2018 and G1 Al Quoz Sprint winner Jungle Cat was in that team. He sat wide under a big weight but James Doyle got him home by a nose.
Memsie Stakes/Sir Rupert Clarke Stakes double – Behemoth (2020), Regal Roller (2004), Rancho Ruler (1988).
Many horses run in this race and then the Toorak Handicap over the mile.
The Sir Rupert Clarke Stakes was worth $1,000,000 in 2021.
Notable winners of the Sir Rupert Clarke Stakes include Behemoth (2020), Jungle Cat (2018), Santa Ana Lane (2017), Stratum Star (2015), Trust In A Gust (2014), Rebel Dane (2013), Moment Of Change (2012), Rewaaya (2006), Barely A Moment (2005), Exceed And Excel (2003), Testa Rossa (1999/2000), Encosta De Lago (1996), Our Maizcay (1995), Poetic King (1994), Mannerism (1992), St Jude (1991), Canny Lass (1986), Manikato (1978), Cap D'Antibes (1975) and St Joel (1953/1956/1959).
The 2021 Sir Rupert Clarke Stakes was won by Sierra Sue from Dice Roll and I'm Thunderstruck. 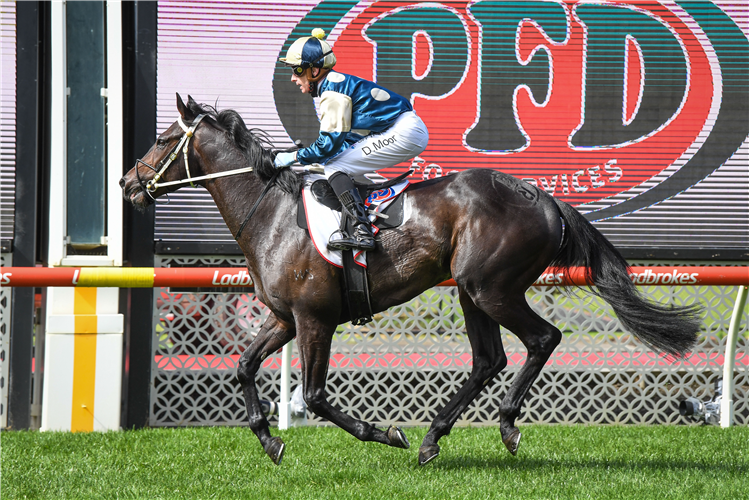 Karaka punt pays off for Lock

Watching a horse he sold go on to win a Group One in Melbourne on Saturday brought mixed emotions for Te Aroha trainer Peter Lock.

Free of debt shines in the Wylie

Beau Rossa and Behemoth to resume hostilities in G1 test

Saturday's Group 1 Sir Rupert Clarke Stakes at Caulfield will be Round 3 in the battle between South Australian pair Behemoth and Beau Rossa.

Probabeel will need to set a weight carrying record for a mare if she is to the Sir Rupert Clarke Stakes.

Wide open as you’d expect a handicap like the 2021 Sir Rupert Clarke Stakes at Caulfield on Saturday.

Girls flying flag for Richards across the Tasman

Te Akau trainer Jamie Richards is looking forward to watching a trio of his star mares step-out across the Tasman on Saturday as he looks to maintain his winning run in Australia.

Double dose of bad news for Price and Kent Jr

Being the emergency coupled with the widest draw has given the trainers of I’m Thunderstruck something to think about.

The Memsie is the form race for the Tips and Race Preview for the 2021 Sir Rupert Clarke Stakes at Caulfield on Saturday.

Flemington trainer will have dual representation in the Group 1 Sir Rupert Clarke Stakes at Caulfield.