The South Australian Derby was first run in 1860 and was won by Midnight.

The South Australian Derby is run over 2500m under Set Weights conditions.

Fillies don't run often but when they do they are usually competitive (Qafila, Delicacy, Scratchy Bottom/Zarita/Showella/Mapperley Heights/English Wonder) have run well when contesting.

Over the year's Bart Cummings was the hero of the training ranks with ten wins. Cliff Brown had a run of three in six years some 20 years ago. Darren Weir trained three winners of the Derby in a row as well.

Ben Melham, Greg Childs and Danny Nikolic had a couple of wins each in the last 25 years but the jockeys had shared it around. That was until John Allen came along and he has won 4 of the last 7 editions.

Tails of Triomphe won the 2005 SA Derby despite never having previously set foot on a metropolitan racetrack to race in eleven starts.

The Derby has produced some decent Melbourne Cup form over the years.

Russian Camelot won brilliantly coming from last in 2020. He was a European bred youngster so gave away six months in experience to his rivals. He was a big player the following Spring too becoming the first SA Derby winner in a long time to win an open age G1 (Underwood Stakes).

The 2022 South Australian Derby was won by Jungle Magnate from Yaphet and Detonator Jack. 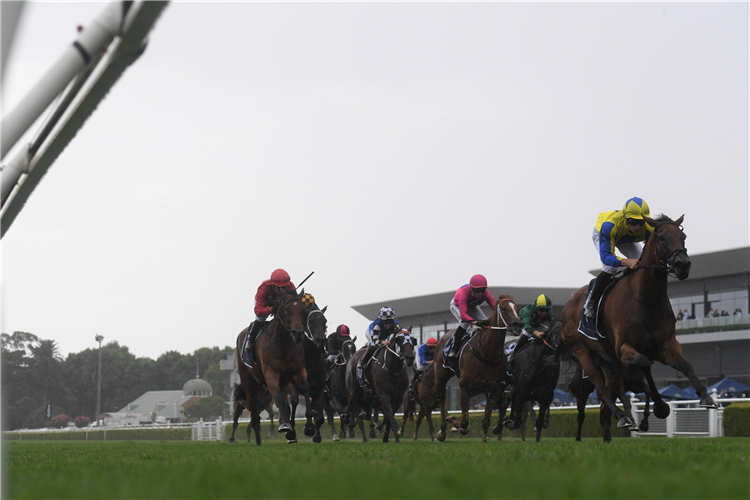 Visinari will aim to follow Pakenham and Sandown wins when he lines up at Caulfield.

Stawell trainer Andrew Bobbin had a day to remember at Flemington on Saturday, celebrating his first stakes win in the Listed Hilton Nicholas Straight Six (1200m) with highly talented New Zealand-bred Ocean Beyond.

Saturday's stakes round up

A quick turn of foot at a vital stage has given Jungle Magnate victory in the South Australian Derby.

Patience a virtue for Allen

John Allen will attempt to claim a tenth Derby win when he rides Detonator Jack at Morphettville.

All the info at Racing And Sports: THE SPORTING GUIDE – Racing

Melbourne Cup placegetter’s son out to give syndicator a cherished Group 1.

The lead up winner is the one supported in the 2022 South Australian Derby at Morphettville on Saturday.

Yaphet can give Cliff Brown a fourth South Australian Derby victory is successful at Morphettville.

Prime’s Nephew out to do family proud

The G1 performer heads the Tips and Race Preview for the 2022 South Australian Derby at Morphettville on Saturday.

Denis Pagan is after further Flemington feature spoils when he lines-up Turn It Up Tommy in the Listed Andrew Ramsden (2800m) on Saturday.