The All-Star Mile is a feature race run under Weight For Age conditions for open class milers conducted by Racing Victoria.

The All-Star Mile was introduced in 2019 to be run the week after Super Saturday.

As the name suggests it was over a mile.

It will be rotated amongst the three main Victorian courses – Flemington, Caulfield and Moonee Valley.

The All-Star Mile was framed along similar lines to the Arima Kinen in Japan where the public gets a vote determining most of the field.

Voting closes a month out with the final numbers listed to the public. Horses had to be of a certain standard to be eligible to run. That was above a rating of 70 on the official Ratings. Changes were made for the second running with that rating upped to 80 (70 for the 3yos).

The official process requires owners/trainers to nominate their horse for The All-Star Mile by early January. Fans then vote online and it closed late February.

In Year 1, after the final ten vote leaders make the field, Racing Victoria would select another four 'wildcards' to make the final field of 14. Again changes were made in Year 2 when there were five wildcards made available.

Five wildcard runners get supplemented with the top 10 voted horses and the Group 1 Futurity Stakes (1400m) and the Group 2 Blamey Stakes (1600m) both selected as 'win and you're in' races.

The All-Star Mile wildcard panel select between three and five wildcards (subject to whether the Futurity and Blamey Stakes winners take up one), noting that horses which were not amongst the original nominations can come under consideration.

Charities are also a major beneficiary of the All-Star Mile.

The first running saw a great story with the Tasmanian filly and Australian Guineas winner Mystic Journey putting up a great effort, sitting wide and still rounding up the Godolphin runners.

Then in 2020 it was the Perth horses that dominated as Grant and Alana Williams provided the quinella.

It was Newcastle's time to shine on a wet day in Melbourne in 2021 as Mugatoo surged through a gap under Hugh Bowman to give Kris Lees a massive victory. Sydney then got on the board in 2022 when Zaaki scored for Annabel Neasham.

The 2022 All-Star Mile was won by Zaaki from I'm Thunderstruck and Streets Of Avalon. 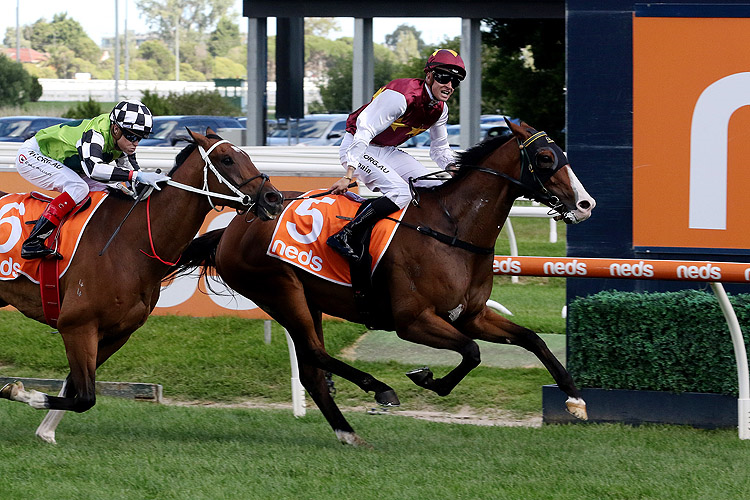 Trainer Mike Moroney says no stone has been left unturned to ensure classy mare Tofane can produce her best for her swansong in Saturday's Group 1 $600,000 Schweppes All Aged Stakes (1400m) at Randwick.

Good 1400m form stands out in the Tips and Race Preview for the 2022 Victoria Handicap at Caulfield on Saturday.

The tried and tested leads the Tips and Race Preview for the 2022 All Aged Stakes at Randwick on Saturday.

Chris Scholtz previews Day 2 of The Championships at Randwick on April 9 with selections for all races plus Trial Watch and Blackbook runners.

Timeform look back at the opening day of the 2022 Championships at Randwick.

Chris Scholtz previews Derby Day at Randwick on April 2 with selections for all races, his Doncaster Mile summary plus Trial Watch and Blackbook runners.