The William Reid Stakes is a Group 1 race for Open Class horses conducted by the Moonee Valley Racing Club at Moonee Valley.
The William Reid Stakes was first run in 1925 and was won by The Night Patrol. That horse would win it again a year later.
The William Reid Stakes is run over 1200m under Standard Weight For Age conditions.
The race is registered as the William Reid Stakes but was re-named the Australia Stakes for several runnings for returning to its old name in 2010.
Much like in the Manikato Stakes, females have been on fire in this race. They've won 14 of the last 29 runnings.
3yos have enjoyed this race as well. 13 of the last 35 winners were youngsters. Like other WFA races run in the Autumn, from '94 to '00 3yos won 6 of 7 editions.
It is the final G1 of the Victorian Autumn and most of the runners come via the Triple Crown of sprints being the Black Caviar Lightning Stakes, Oakleigh Plate and Newmarket Handicap.
Probably the race's greatest historical note is that the legendary Manikato won it five straight times from 1979 to 1983.
Hong Kong's global traveller Cape Of Good Hope won in 2005 and would take the Golden Jubilee at the Royal meeting four months later held at York that year.
Black Caviar won the race twice and her final Victorian appearance was in winning this by four lengths in 2013 before finishing her career in the TJ Smith in Sydney.
Loving Gaby did the Manikato/William Reid Moonee Valley G1 double as a 3yo filly in the 2019/20 season.
In 2020 the race was worth $500,000.
Notable winners include Heroic, Gothic, Waltzing Lily, Tranquil Star, Comic Court, Flying Halo, Winfreux, Dual Choice, All Shot, Toy Show, Family Of Man, Manikato, Campaign King, Vo Rogue, Zeditave, Hareeba, Cape Of Good Hope, Miss Andretti, Apache Cat, Black Caviar, Sunlight and Loving Gaby.
The 2020 William Reid Stakes was won by Loving Gaby from Gytrash and Bivouac. 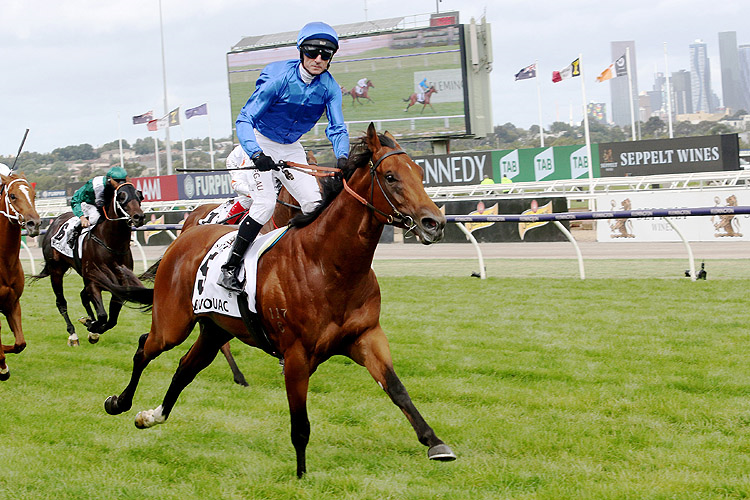 The G1 fields for Day 1 of The Championships at Randwick on Saturday are out and all the stats are here.

Glen Boss has picked up the ride on star filly Loving Gaby in the Group One TJ Smith Stakes at Randwick.

Racing in four states has been suspended pending the results of COVID-19 tests on a licensed person who travelled on a commercial flight with someone affected.

Away Game 'outstanding' in Slipper placing

Magic Milions 2YO Classic winner Away Game has continued an impressive juvenile season with a second placing to Farnan in the $3.5 million Golden Slipper.

Loving Gaby has landed a second Group One win under lights at The Valley, taking out the Williams Reid Stakes from Gytrash and Bivouac.

The favourites are a little easy in the 2020 William Reid Stakes at Moonee Valley on Friday.

Jockeys and trainers are adhering to new biosecurity measures and making necessary adjustments as the racing industry navigates the corona virus outbreak.

Embrace Me aiming to social distance Group One rivals

Flemington trainer Danny O’Brien is hoping four-year-old mare Embrace Me can make an impact at Group One level at her favourite circuit, Moonee Valley, on Friday night.

William Reid Stks: A look at the G1 sprint

A look at the history behind the Group One William Reid Stakes at The Valley.

Bivouac to take next step in William Reid

With Group One wins against his own age and older horses in a handicap, Bivouac will race at weight-for-age in the William Reid.

Taking the Newmarket form in the Tips and Race Preview for the 2020 William Reid Stakes at Moonee Valley on Friday.

Craig Williams and Loving Gaby return to The Valley for the William Reid Stakes chasing a second Group One win at the track under lights.

The 3yos look to dominate again in the 2020 William Reid Stakes at Moonee Valley on Friday.