The Prix de Diane is a Group 1 race run under Set Weight conditions for three year old fillies at Chantilly conducted by France Galop.
The Prix de Diane is run over 2100m. It was first run in 1843 and was won by Nativa.
The Prix de Diane is the French Oaks and the equivalent of the English version run a fortnight before.
Originally only available to horses bred in France it has been raced only at the 2100m.
The race was not run during WWI and also in 1940 with some runnings held at Longchamp and Le Tremblay.
When grading started it was a Group 1.
Six horses have done the Prix de Diane/Prix de l'Arc de Triomphe double with Treve the most recent in 2013. The great filly was a dual Arc winner and was successful in her Prix de Diane by four lengths at just start three.
Only two fillies have done the English Oaks/Prix de Diane – Fille de l'Air and Pawneese.
Four different jockeys have five wins each with Charles Pratt, Spreoty, Yves Saint-Martin and Gerald Mosse. Henry Jennings has trained nine winners.
The last non-French winner was Laurens in 2018 for Karl Burke.
The Prix de Diane was worth €600,000 in 2020 due to the coronavirus.
Notable winners of the Prix de Diane include Laurens (2018), Avenir Certain (2014), Treve (2013), Golden Lilac (2011), Sarafina (2010), Stacelita (2009), Zarkava (2008), Divine Proportions (2005), Aquarelliste (2001), Indian Skimmer (1987), Mrs Penny (1980), Pawneese (1976), Highclere (1974), Allez France (1973) and Pearl Cap (1931).
The 2019 Prix de Diane was won by Channel from Commes and Grand Glory. 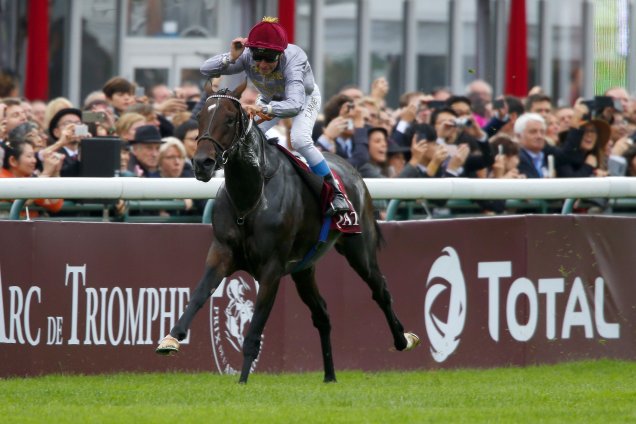 Elite fillies have been to the fore in the Prix Saint-Alary run at Chantilly on Sunday.

Dream And Do proves best in thrilling renewal of fillies’ equivalent.

The fillies have a crack at the French classics in the Poule d’Essai des Pouliches run at Deauville on Monday.