The Hong Kong Derby is a non-international graded race run under the Set Weight conditions for four year olds at Sha Tin conducted by Hong Kong Jockey Club.
The Hong Kong Derby is run over 2000m. It was first run in 1873, before the HKJC was formed.
It was originally run over 2400m and even went back to 1800m but has been at the current 2000m since the year 2000.
It became for four year olds and not the traditional three year olds in 1981.
It is the final leg of the Hong Kong 4yo Triple Crown following the Hong Kong Classic Mile and the Hong Kong Classic Cup and is one of the races most sought after in Hong Kong.
Several Hong Kong Horse of the Year title winners have been the Derby winner including in recent times Ambitious Dragon (2011), Designs On Rome (2014), Werther (2016), and Rapper Dragon (2017).
Rapper Dragon became the first horse to win all three legs of the Four-Year-Old Classic Series. Golden Sixty joined him in 2020.
Vengeance Of Rain was a much heralded horse in Hong Kong and also took his acclaim around the world winning a Dubai Sheema Classic.
A couple of horses beaten in this race have produced some superb form after that including Able Friend who was second to Designs On Rome and Beauty Generation who was behind Rapper Dragon and Pakistan Star in what has turned out to be a star studded field in 2017.
Three fillies have won the Hong Kong Derby in the recent era - Vivacious (1972), Corvette (1976) and Elegant Fashion (2003).
The Hong Kong Derby was increased to be worth HK$20m in 2020.
Some notable winners of the Hong Kong Derby include Golden Sixty (2020), Rapper Dragon (2017), Werther (2016), Designs On Rome (2014), Akeed Mofeed (2013), Ambitious Dragon (2011), Collection (2009), Viva Pataca (2006), Vengeance Of Rain (2005), Lucky Owners (2004), Elegant Fashion (2003), Johan Cruyff (1998), Makarpura Star (1995), River Verdon (1991), Yuno When (1986), Co-Tack (1983) and Football (1982).
The 2020 Hong Kong Derby was won by Golden Sixty from Playa Del Puente and More Than This. 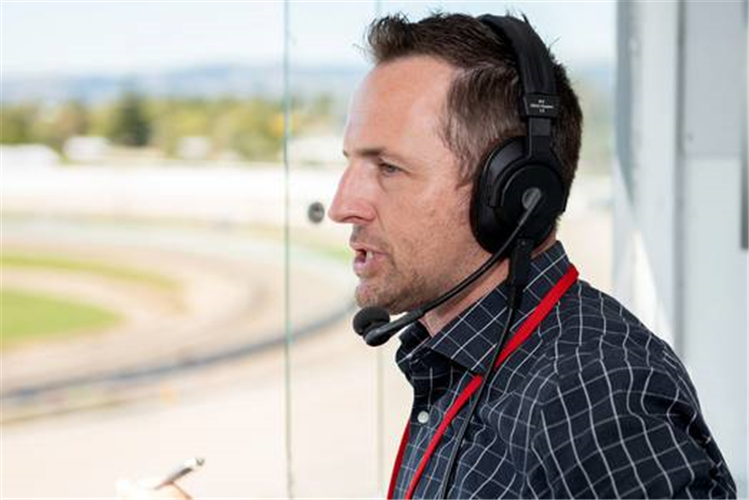 Dancing Fighter returns to action at Happy Valley on Wednesday (25 March) night with top-weight, a wide draw and a three-month absence to overcome if he is to complete a hat-trick of wins.

Ex-pat New Zealand trainer Paul O’Sullivan said there is no place he feels safer than Hong Kong right now and he has been impressed with the Hong Kong Jockey Club’s handling of Covid-19 protocols.

South American imports haven’t had the impact in Hong Kong that arrivals from Australasia and Europe have had, but this Sunday (22 March) at Sha Tin, the Danny Shum-trained Butterfield will attempt to raise the profile with victory in the HK$20 million BMW Hong Kong Derby (2000m).

Francis Lui has the strongest hand of any trainer heading into Sunday’s (22 March) HK$20 million BMW Hong Kong Derby (2000m) but that doesn’t mean he’s counting his chickens yet.

Size’s Champion’s can still get his Way

John Size knows what it takes to win the BMW Hong Kong Derby (2000m) and this Sunday (22 March) Champion’s Way is looking to become the Australian’s fourth winner of the HK$20 million feature.

Vincent Ho shifts his weight to his left foot – the fingers of his right hand flick the outside seam of his thigh and for but a fleeting instant his steady lo-fi monotone stalls, intruded upon by what appears to be a prickling of self-consciousness.

Sweet first as Borges gets his Hong Kong win

Vagner Borges realised a dream when he bagged his first Hong Kong win at Happy Valley tonight (18 March) with an all-the-way success aboard Very Sweet Orange in the Class 3 Cassia Handicap (1000m).

Matthew Poon is preparing for a big day in the saddle on Sunday (22 March) when he will jump aboard the Tony Cruz-trained Private Secretary for a first-time ride in the HK$20 million BMW Hong Kong Derby (2000m).

Savvy Nine was not John Moore’s idea of what his final BMW Hong Kong Derby runner would look like but the trainer is hopeful that his useful European import will outrun his rating and “pick up a cheque” in Sunday’s (22 March) HK$20 million feature.

Jimmy Ting is hoping Amazing Star can put a mishap in the gates behind him when he takes his place in the Class 2 Begonia Handicap (1200m) at Happy Valley on Wednesday (18 March).

Francis Lui was satisfied with Golden Sixty and More Than This after his two leading BMW Hong Kong Derby contenders worked at Sha Tin Racecourse on Tuesday (17 March) morning.