The Mile Championship is a Grade 1 race run under Set Weight conditions for three year olds and above at Hanshin racecourse conducted by the Japan Racing Association.
The Mile Championship is run over 1600m. It was first run in 1984 and was won by Nihon Pillow Winner.
The Mile Championship was worth JPY281,800,000 in 2021.
Maurice is the best recent winner of the Mile Championship. It was his lead up run to taking the Hong Kong Mile. That was one of the first confirmations of his outstanding ability.
Hanshin racecourse is a right handed course with the start at the top of the back straight.
In the 38 runnings, six horses have won dual editions.
The 3yos won in 2017/2018 but it was back to 2000 for the previous winner.
International riders have had a great trot with the likes of Christophe Lemaire, Olivier Peslier, Ryan Moore, Mirco Demuro and William Buick all winning it.
Gran Alegria came off winning the Sprinters Stakes to score in 2020. She would win a Victoria Mile the following season and then end her career by winning this race again in 2021.
Notable winners of the Mile Championship include Gran Alegria (2020/2021), Indy Champ (2019), Mikki Isle (2016), Maurice (2015), Daiwa Major (2006/2007), Durandal (2003/2004), Zenno El Cid (2001), Taiki Shuttle (1997/1998), Genuine (1996), Daitaku Helios (1991/1992), Oguri Cap (1989) and Nihon Pillow Winner (1984/1985).
The 2021 Mile Championship was won by Gran Alegria from Schnell Meister and Danon The Kid. 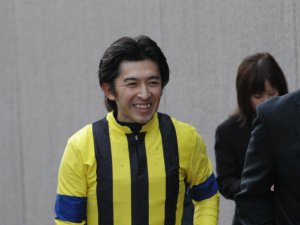 Loves Only You is among a stellar line-up of 49 horses selected for the HK$100 million LONGINES Hong Kong International Races (HKIR) at Sha Tin on Sunday, 12 December.

Thanks for all the joy

Gran Alegria (Great Joy) has provided much joy to her followers throughout her career.

As usual the normally Kyoto run races are at Hanshin

The 38th running of the Mile Championship will be held on Sunday, November 21st and it is a 1,600m turf event at Hanshin Racecourse.

NEW to Racing And Sports: THE SPORTING GUIDE – Racing

Elite milers have succeeded in the Mile Championship run at Hanshin on Sunday.

Mile Championship to be beamed live for betting

The Hong Kong Jockey Club will simulcast for betting the Mile Championship from Hanshin Racecourse during the Sha Tin races on Sunday, 21 November. (Race time 2:40pm)

The 84th running of the Tenno Sho (Autumn) will be held on Sunday, October 31st and it is a 2,000m turf event at Tokyo Racecourse.