The Telegraph is a Group 1 race run under WFA conditions for sprinters at Trentham race course conducted by the Wellington Racing Club.

The Telegraph is the second of the feature New Zealand sprints over the summer.

Run over the six furlongs, it is part of the Wellington Cup carnival.

It was always run as a handicap until 2015 when switched to Set Weights & Penalties then WFA.

They can run some incredible times on firm tracks from this chute start with the one dogleg bend to overcome. Mid 66 seconds have been recorded.

One of the best sprinters to come out of New Zealand was Mr Tiz and he won the race twice, dead-heating in 1989 with Festal and winning it by himself in 1990.

Some of late that have had success in Australia include Darci Brahma, Mufhasa, Seachange, Gee I Jane and Avantage.

Lance O'Sullivan had an incredible run winning it on seven occasions between 1982 and 2002, winning most of them for Dave and Paul O'Sullivan.

Enzo's Lad won it twice and then in 2020 went within a head of making it a big treble only to be run down late.

Avantage did the big kiwi sprint double in taking the Telegraph in 2021. She led home a mares trifecta.

The 2022 Telegraph was won by Levante from Roch 'N' Horse and Mascarpone. 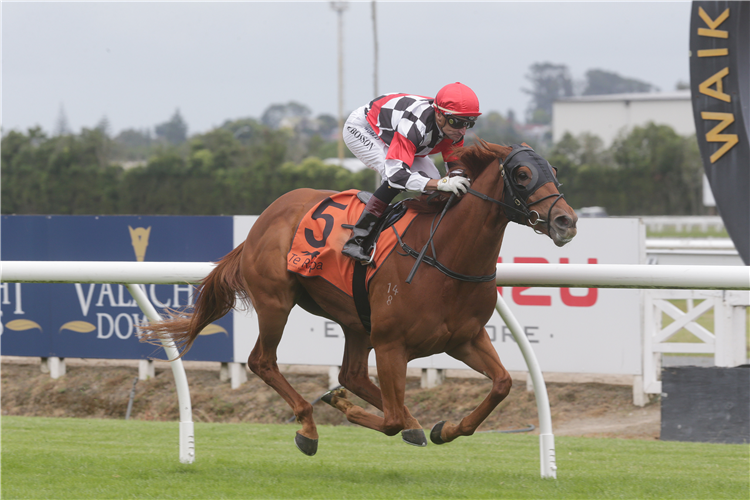 Quality info at Racing And Sports: THE SPORTING GUIDE – Racing

From dream to reality for Blackadder

It’s been a whirlwind last couple of months for John Blackadder.

The second of big sprints is The Telegraph run at Trentham on Saturday.

Allpress doubles up at Awapuni

A rollercoaster week that saw her ride a pair of winning doubles while coping with the loss of a beloved family member has made for a mixed start to the new year for top jockey Lisa Allpress.

Te Akau Racing, trainer Jamie Richards and jockey Opie Bosson have gone back-to-back in the world’s first Group One race of the year, stealing the show with a scintillating performance by Entriviere in the Sistema Railway (1200m) at Ellerslie on New Year’s Day.

New Zealand kicks off the New Year with a G1 being the Railway Stakes run at Ellerslie on Saturday.

On a day where he dominated the first two black-type events on an action-packed programme, it was no surprise that trainer Jamie Richards would continue to make his mark on the feature races later on the card including providing the quinella in the Listed Hallmark Stud Handicap (1200m).

Friends enjoying the ride with Wewillrock

An eclectic group of friends entrusted Guy Lowry with the task of finding them a racehorse at Karaka 2020, and now the resulting purchase is coming into his own.

Buyers have been circling around emerging three-year-old Wewillrock and interest is sure to intensify if he continues the strong start he has made to his career at Te Rapa on Saturday.

Shaun Phelan has the $1 million Karaka Million 3YO Classic (1600m) on his mind as he heads into weekend racing.