The 1000 Guineas is a Group 1 race run under Set Weights conditions for three year old fillies at Newmarket conducted by the Jockey Club.
The 1000 Guineas is run over the mile. It was first run in 1814 and was won by Charlotte.
The 1000 Guineas is the second of the classic season flat races held each year. One of five classics, it is usually run at the end of April or start of May. The Oaks and St Leger form the rest of the Triple Crown for the fillies.
Run on the Rowley Mile at Newmarket, it is always a test up the straight course.
The founder of the Derby Sir Charles Bunbury, initiated both the 2000 Guineas in 1809 and the 1000 Guineas five years later. It was named after the prize funds for the race.
The value of the Guineas was equated with the male version in 2001.
2010 winner Special Duty holds an amazing fact in racing history. The French filly won both the Newmarket version and also the equivalent Poule d&#39;Essai des Pouliches  at  Longchamp . Making it weirder is that she was the beneficiary of two Stewards' decisions in order to do that.
Most wins as a jockey is by George Fordham with seven between 1859 and 1883.
Famous jockeys to win the 1000 Guineas include Gordon Richards, Scobie Breasley, Edgar Britt, Lester Piggott, George Moore, Ron Hutchinson, Freddy Head, Gary Moore, Willie Carson, Pat Eddery, Kieren Fallon, Frankie Dettori and Ryan Moore.
Leading trainer is Robert Robson with nine. They were from 1818 to 1827 – so 9 of 10.
Other distinguished trainers to salute include Vincent O'Brien, Henry Cecil, Michael Stoute, Clive Brittain, Andre Fabre, Criquette Head, Saeed Bin Suroor and Aidan O'Brien.
The English and Irish 1000 Guineas double has been done multiple times.
Love took a different path winning the 1000 Guineas and then the Oaks winning that by 9L.
The 1000 Guineas was worth £375,000 in 2021.
Notable winners of the 1000 Guineas include Love (2020), Winter (2017), Minding (2016), Special Duty (2010), Ghanaati (2009), Finsceal Beo (2007), Cape Verdi (1998), Bosra Sham (1996), Miesque (1987), Oh So Sharp (1985), Pebbles (1984), Petit Etoile (1959), Meld (1955), Sun Chariot (1942), Pretty Polly (1904) and Sceptre (1902).
The 2021 1000 Guineas was won by Mother Earth from Saffron Beach and Fev Rover. 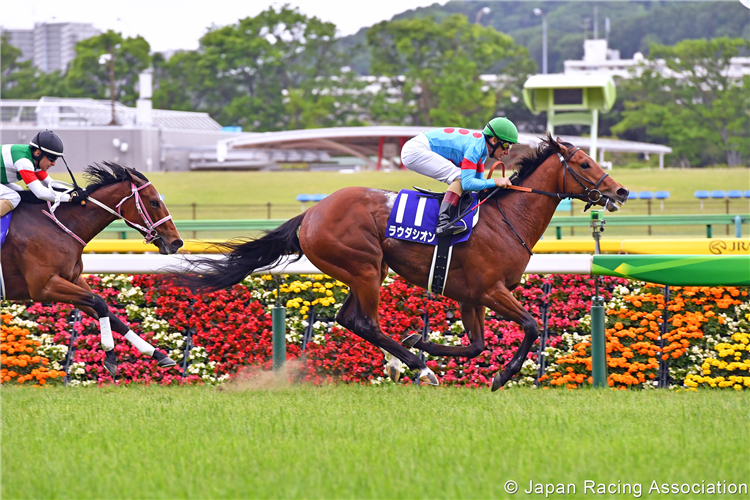 Irish Guineas and ParisLongchamp both in mix.

Third fillies’ Classic in a row for Ballydoyle – and fifth in last six years.

Evergreen Dettori 'getting the knack' of Classic success

Suffolk trainer confident her filly can go on to win ‘a good one’.

It's time for the girls – equine and human – to put on a show.

Australian campaign in the offing for exciting three-year-old

A trip across the Tasman is in the offing for talented filly Miss Tycoon Rose if she performs well in the Gr.3 Inglis Sales Cambridge Breeders’ Stakes (1200m) at Te Rapa on Saturday.

The fillies classic throws up plenty of quality in the 1000 Guineas run at Newmarket on Sunday.

Mutasaabeq set to be added to 2000 Guineas field

Soldier Hollow, Zoffany, Sea The Stars, Mehmas, Kodi Bear and Rock Of Gibraltar are among the sires who added new stakes winners on Sunday

Richards out to continue dream season

Te Akau trainer Jamie Richards will be looking to extend what can only be described as a dream season when he lines-up a couple of stakes favourites this weekend.

O’Brien filly heads the market for the 1000 Guineas.

Snow Lantern to miss 1000 Guineas and wait for York