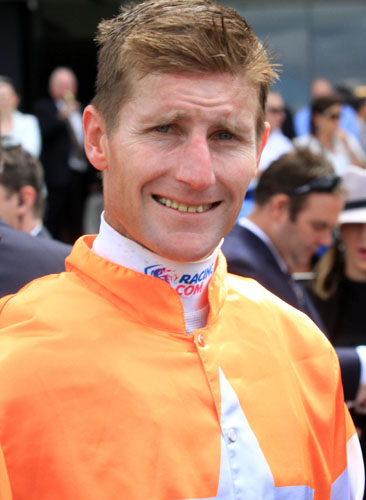 Brad Rawiller began his career in 1994 and is highly regarded in Victoria as a hard working jockey.
Constantly riding over 100 winners a season, Brad Rawiller booted home an impressive 217 winners in the 2007/08 season.
Rawiller's first Group 1 success came on Niconero in the Kingston Town Classic at Ascot (formerly the Fruit 'n' Veg Stakes)

In 2007, Rawiller began his association with Weekend Hussler who he partnered for 11 of his 12 career wins including seven at Group 1 level also going on to win the 2009 Golden Slipper with Phelan Ready.
In 2013/14 Rawiller rode 157 winners for the season, more than any other rider in Australia that year, finishing third in the Melbourne Metro jockey premiership.